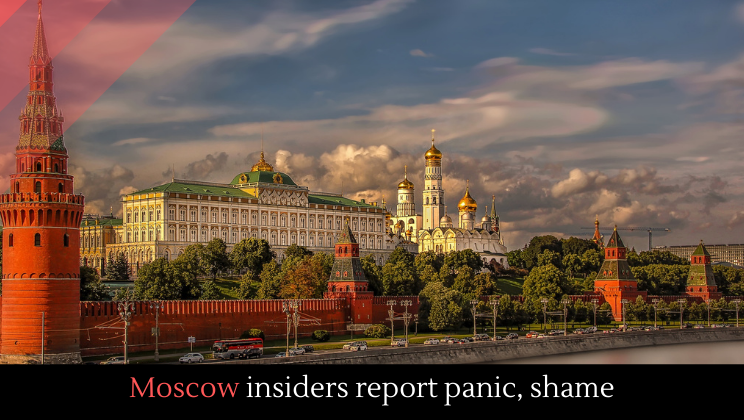 Moscow insiders describe heightening panic, shame, and frustration as economic sanctions cripple Russia. Middle-class Russians are pulling their money out of banks as quickly as they can, storing their value in goods instead of currency. People are frustrated with the situation, ashamed of Russia’s changing status in the world, and worried about a return to Soviet-era lifestyles.

According to Ukrainian intelligence, the Russian elite want Putin ousted––and they even have a successor picked out.

Putin is rumored to be purging the Kremlin of officials he blames for the faltering invasion of the Ukraine. The Russian army’s inability to swiftly conquer Ukraine has led to a number of internal struggles among Russian leaders. Sergey Beseda, head of the FSB’s foreign service, has been placed under house arrest. Putin had the man arrested for failing to warn him of the stiff resistance Russia would face in the Ukraine.