Mt. Everest base camp to move due to melting glacier ice 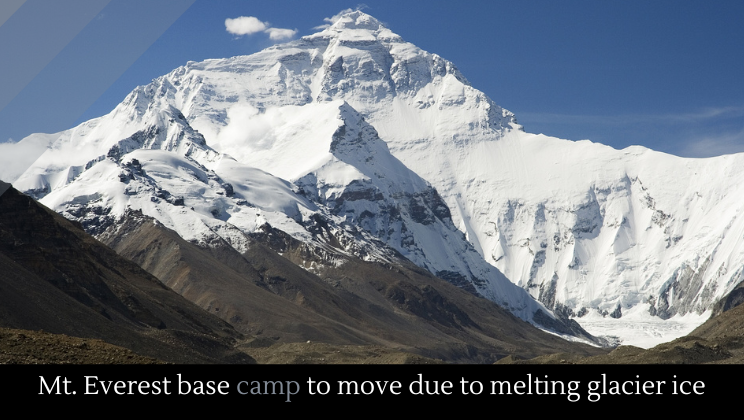