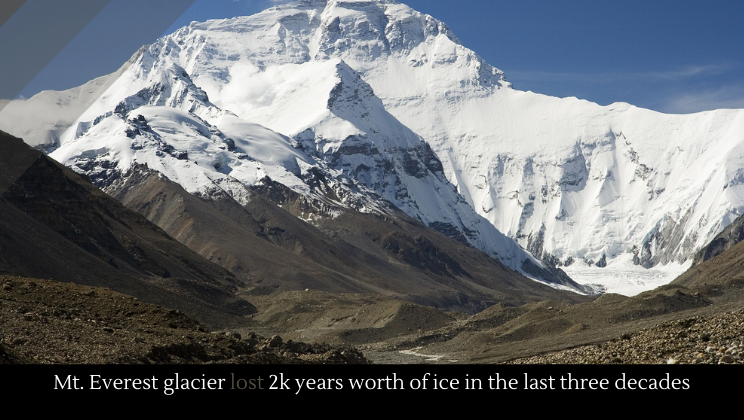 The highest glacier on Mt. Everest has lost 2,000 years worth of ice in the last three decades.

A report by the New Climate Institute accuses top companies like Facebook, Apple, and Google are not changing quickly enough to slow climate change, and what’s worse they’re exaggerating their progress.