Mueller finds no collusion, does not rule out obstruction of justice 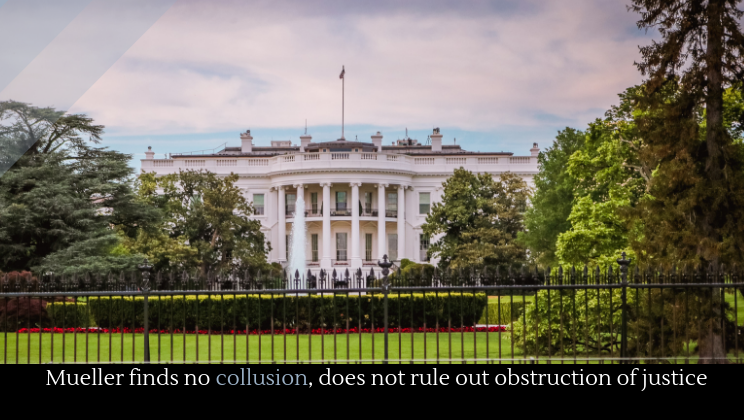 Since nearly his presidency began, the Mueller investigation has been a dark cloud over Trump and his administration. This weekend, Mueller submitted his report to at Attorney General William Barr. Barr has subsequently released the basics of the report. It found no evidence of collusion with the Russians to interfere with the 2016 elections, but it did not conclude one way or another if Trump attempted to obstruct justice citing lack of evidence.

For those hoping that the report will put things to bed, there is some bad news. In his statement, Barr said that “‘while this report does not conclude the president committed a crime, it also does not exonerate him.” This means that both sides of the political debates surrounding the report will not cool down. Nor are the investigations over––there are still other active investigations into the Trump administration, and House democrats will not be pleased with the Mueller report.

As to how much of the report Barr will release, he said his “goal and intent is to release as much of the Special Counsel’s report as I can consistent with applicable law, regulations, and Departmental policies.”