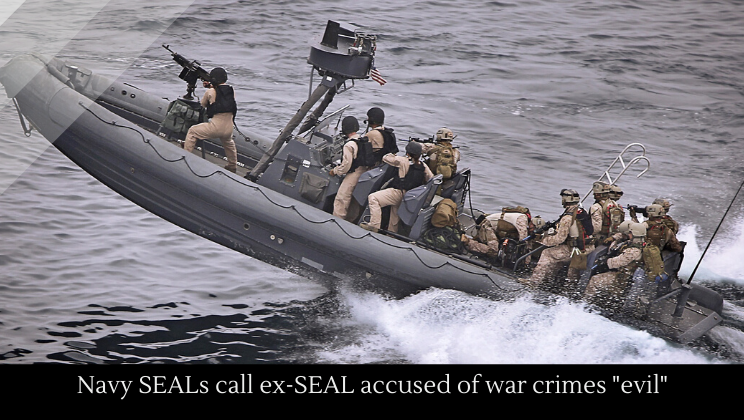 Last month, Donald Trump restored the rank of Special Operations Chief Edward Gallagher, who was demoted for posing with the body of a dead ISIS fighter––he was accused of more, but he was acquitted. Now, recently surfaced interviews with other SEALs reveal that Gallagher was, in their word, “freaking evil.”

Earlier this year, Trump pardoned former Army 1st Lt. Michael Behenna, who was charged with war crimes for shooting an unarmed, captured man suspected of engineering an IED attack. The Week argues that this pardon is an implicit approval of war crimes.

The Washington Post similarly points out that Trump’s reversal on Venezuela is evidence of Trump’s terrible patience and lack of strategic thinking, as well as further evidence of Putin’s sway over Trump.