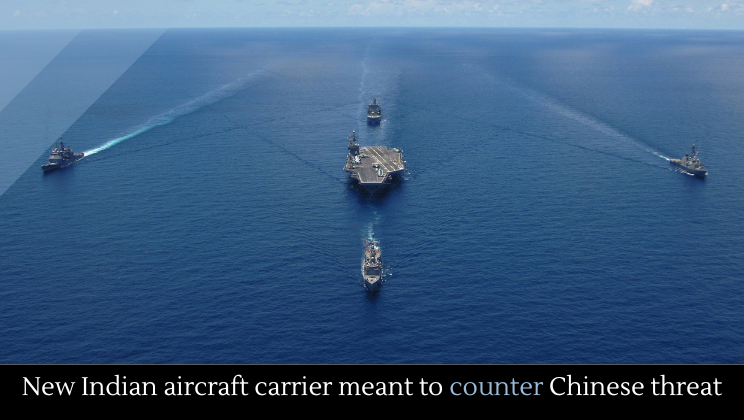 India has launched a new aircraft carrier meant to counter China’s increasing threat to the region.

China has been simulating attacking United States ships, according to Taiwan. Moreover, Taiwan shot down a Chinese drone; yesterday, Taiwan fired on a Chinese drone that invaded its airspace.More than 50 Chinese warplanes and 6 warships have been spotted near Taiwan. Chinese aircraft have entered Taiwanese airspace yet again. Just two weeks ago, Taiwan scrambled jets as 22 Chinese aircraft invade Taiwanese airspace.