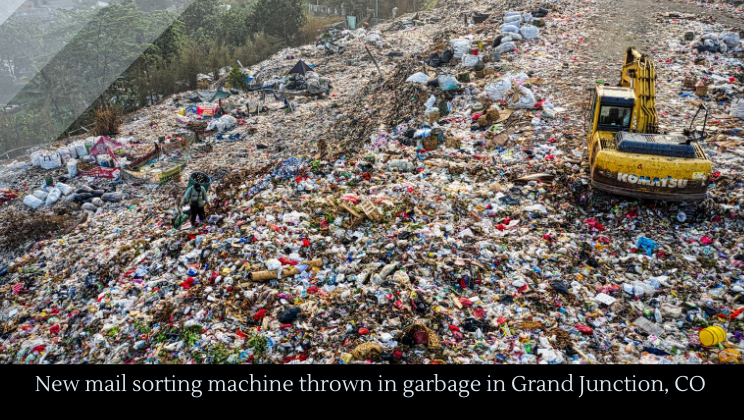 The back-and-forth drama with Postmaster General Dejoy continues. After working hard to dismantle the Post Office, walking back his vows to do so, and then walking back that, someone observed a mail sorting machine being chucked out.

The Democrat-dominated House of Representatives has passed an emergency $25 billion of funding for the beleaguered Post Office, but the Republican-led Senate is likely to reject it. It’s the latest bit of sad news in the saga of our dying democracy.

Earlier this week, the Postmaster General has agreed to stop all his “reforms,” which critics called blatant attempts to sabotage the election. I, personally, was foolish enough to believe him. But reports are coming out that the Post Office is still removing mail sorting machines. The machines that were returned, well, you won’t believe this, but Dejoy has instructed Post Office employees not to reconnect them! The consequences of this sabotage is are mounting. Thousands of chicks have arrived to Maine farms dead––an ironic twist on “chickens coming home to roost” for the home state of Republican Senator Susan Collins, who supported the USPS defunding.

But the battle isn’t over––New Mexico, Pennsylvania, and other states are all suing.