New poll suggests Trump’s legacy will not be good 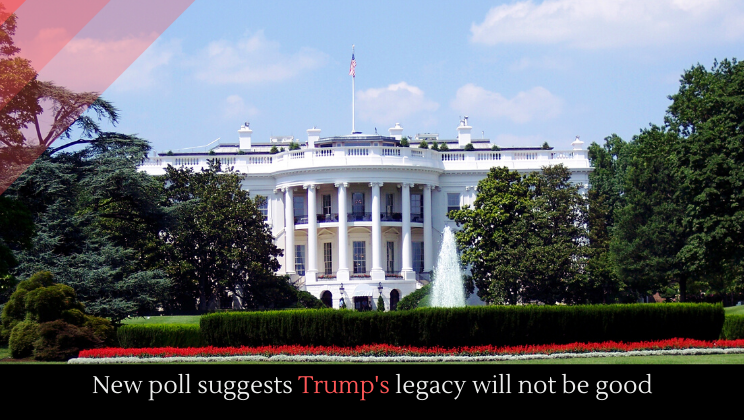 A recent poll asked 1,500 Americans what they thought Trump’s legacy would be. The survey gave respondents “outstanding,” “above average,” “average,” “below average” or “poor.” A shocking 49% said they thought Trump’s legacy would be considered “poor” by future generations. Another 9% said “below average.” It may surprise some, but 22% of respondents said “outstanding.”

It should come as no surprise that so many think Trump’s legacy will be bad, he’s not exactly popular. Last week, 48% of Americans were in favor of Trump’s removal from office. This week, that number has shot up to 55%. At the same time, the number What’s more, over a dozen editorial boards support impeachment and removal from office.

That it was a Fox News poll that shows turning tides is significant. Last week, Fox News host Chris Wallace has declared war on Trump. That’s only because he thinks that Trump declared war on him, first.

He was booed at the World Series, the height of American sports. And to make matters worse, parts of the crowd also turned his own chant against him, shouting “lock him up!” Watching the video, it’s clear he’s muttering under his breath and trying not to storm out of there.