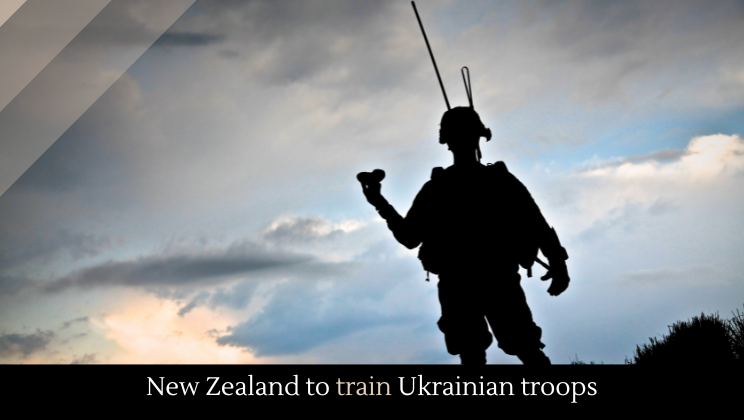 New Zealand is joining a growing number of nations in sending its own military experts to train Ukrainian troops.

Denmark is going to start training Ukrainian soldiers, joining Canada, which is also training Ukrainian soldiers in their ongoing fight against Russia. Ukraine is making its first major offensive against the Russians. To help, Ukraine received more rocket launchers from the United States and Germany. President Zelensky has said that the Ukrainian army is losing around 30 soldiers per day, compared to the 100-200 at the beginning of the war.

The UK government announced that it will send both artillery and drones to Ukraine. Zelensky’s office has also confirmed that the United States will train F-15 and F-16 pilots. The Ukrainian defense minister has announced the country hopes to build a “million-strong army” to beat back the Russians. The Russian military is beginning to amass reserves on the Ukraine border. Two-hundred Russian soldiers have been killed and another 300 wounded following a Ukrainian attack on a Russian base.