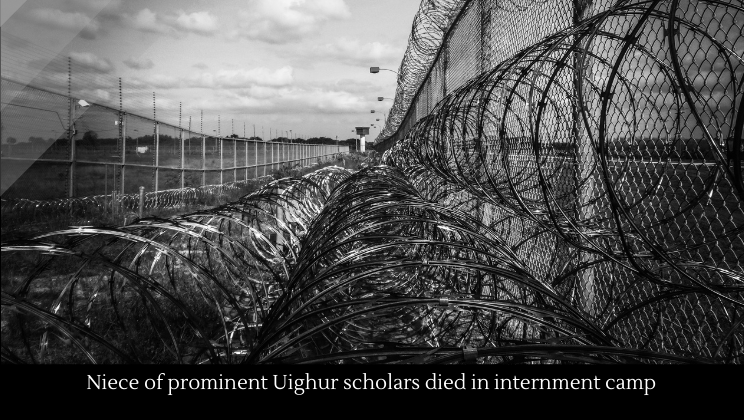 The niece of a prominent Uighur scholar-in-exile, Abduweli Ayup, has died in an internment camp while being investigated by the state.