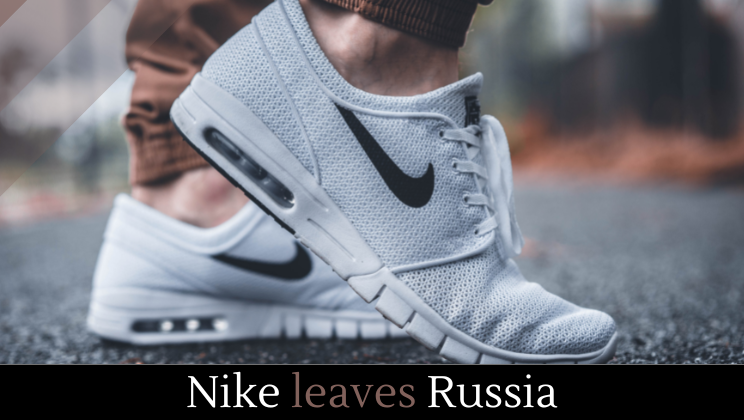 Nike has become the latest brand to leave Russia following their invasion of Ukraine.