No January 6 rioters charged as traitors yet 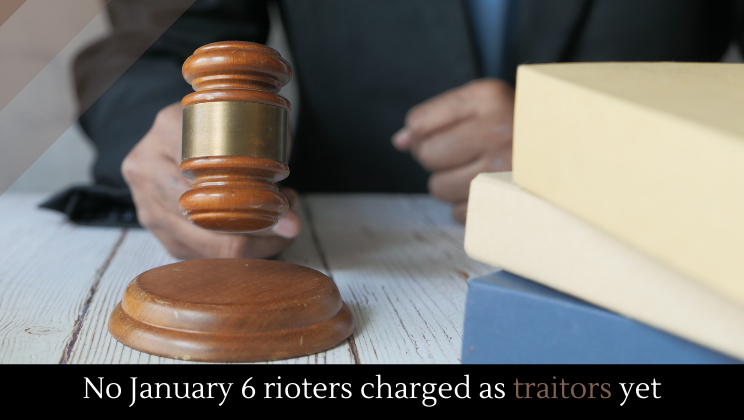 Despite the litany of clearly seditious crimes committed by the January 6 riots (listed below), none of the Capitol rioters have been charged with treason.

Investigators say that an ex-cop charged in the Capitol riots had a pipe bomb in his home, highlighting just how prepared (and violent) the attackers were.