NYC subway is shut down for first time in history 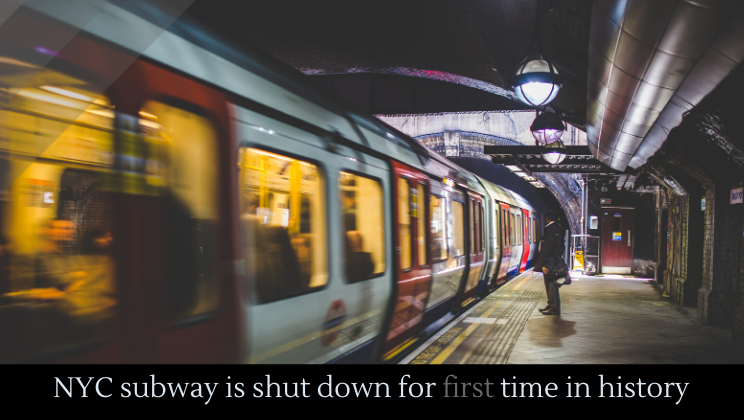 New York City has shut down its subway for the first time in its history. It’s a sign of how unprecedented this times are, and it’s one of many.

The latest unemployment numbers are in, and the 6-week total has now reached 30.3 million people. According to a New York Times investigation, the numbers may be much higher.

The first week of April, the number of Americans applying for unemployment claims doubled from the week before, and that week was already a record-setting week!