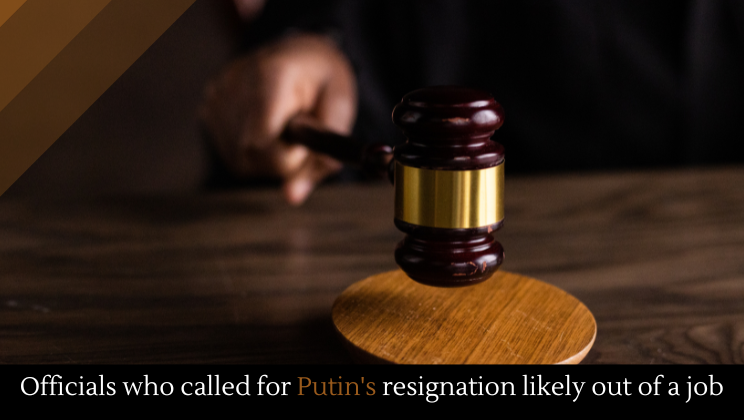 The council of Russian officials who called for Putin’s resignation is likely to face dissolution. The officials proposed charging Russian President Vladimir Putin with treason.

The blogging war hawks that once supported Putin’s war in Ukraine have now turned on him, covering Russian failures in Ukraine while the state media hides it.

Ukraine’s counteroffensive has driven Russian soldiers from the Kharkiv region, and now Ukraine has tripled its reconquered territory. Ukraine has begun its long-awaited offensive in the country’s south. The Ukrainian army has destroyed a large Russian military base in the occupied Ukrainian city of Melitopol.