One officer dead in Capitol attack 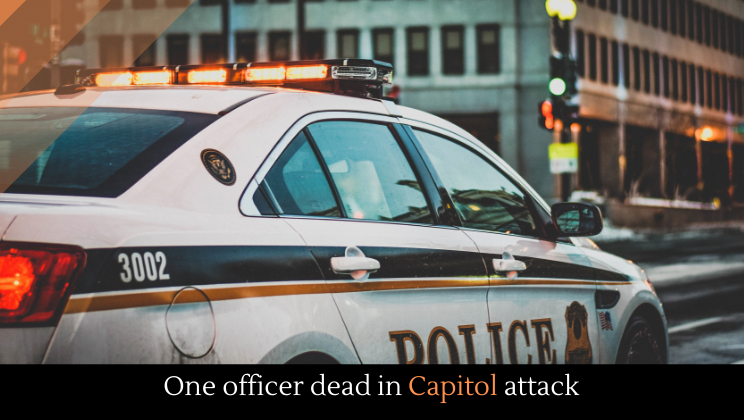 A Capitol police officer has been killed in an attack on the Capitol. The suspect, Noah Green, was killed in the attack. Social media evidence points to interest in the Nation of Islam, a hate group, and a preoccupation with the end times.

This second attack on the Capitol is a worrisome sign that the nation’s sacred center is no longer sacred. The alleged leader of the paramilitary group the Oath Keepers was in contact with the Proud Boys and similar groups before the Capitol riots, according to a court filing. Last week, four Proud Boys leaders in 4 states have been charged with involvement in the Capitol riots, part of a federal crackdown on the group. Now, those four leaders have been indicted on conspiracy charges.