The ozone layer will be healed within decades 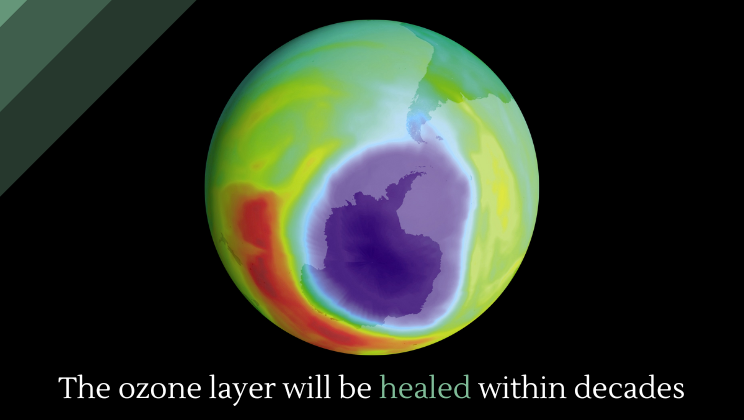 The Earth’s ozone layer is on track to be healed in decades, according to a recent report.

In other climate news, thousands of records have been shattered as Europe experiences an unusually warm summer. At the same time, an arctic storm left more than a million people without power and 1nearly a score dead.  At least 10,000 flights were canceled on Saturday, Christmas eve..