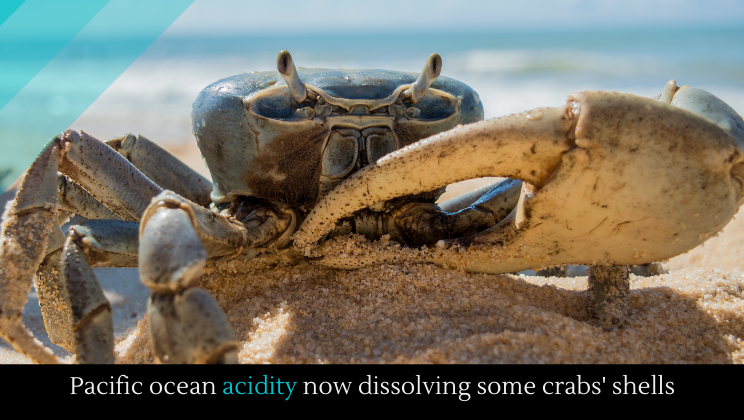 The Pacific Ocean absorbs carbon dioxide emissions, which lowers the pH balance and acidifies it. Because those emissions have been been rising steadily, the ocean is getting increasingly acidic. And now, Dungeness crab shells are dissolving.