Pelosi calls for caution as more Dems push for impeachment 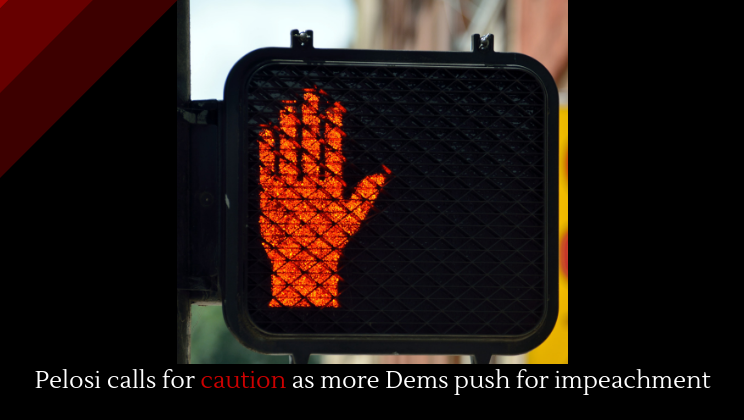 Despite the increasing calls for impeaching Trump, Speaker of the House Nancy Pelosi has called for caution. She is struggling to bridge a divide within the party between those who worry that impeachment will fail and those who worry that failing to impeach is tantamount to approving of Trump’s bad behavior. Pelosi therefore leaned heavily on the continuing investigations into Trump in order to see where that might lead.

Pelosi believes that investigations into Trump clearly signal congressional disapproval of his behavior, and that the risk of a failed impeachment far outweighs the potential for a victory in the House that would almost certainly die in the Senate. Pelosi is struggling specifically to reign in the younger members of Congress, who are not as interesting in––she believes––following the facts of the investigations and simply want to begin impeachment proceedings.

In that vein, last week Alexandria Ocasio-Cortez announced that, in light of the Mueller report, she will be signing a resolution introduced by Rep. Rashida Tlaib calling for an investigation into whether Trump committed impeachable offenses. Representative Ilhan Omar, Democrat from Minnesota, has made the same call.

The more senior Massachusetts Senator Elizabeth Warren has already called for the House to initiate impeachment proceedings against President Trump. Her doing so is suspect, however, as she may be attempting to set herself apart in a crowded field of Democratic primary candidates.