Pence stays at Irish Trump resort, despite meetings taking place across the country 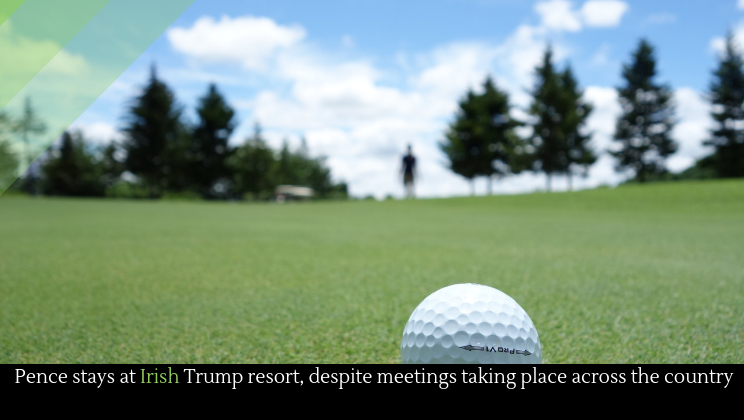 Mike Pence is in Ireland for diplomatic meetings, and he opted to stay at a Trump golf resort. That already raises questions of impropriety, but it gets worse. All of Pence’s meetings are taking place across the whole country, about three hours away. Many critics are accusing Pence of downright corruption.

Nancy Pelosi warned that Trump might not want to give up power in 2020; this tweet has fueled that fire.