Pentagon chief says there was no evidence of imminent Iran attack 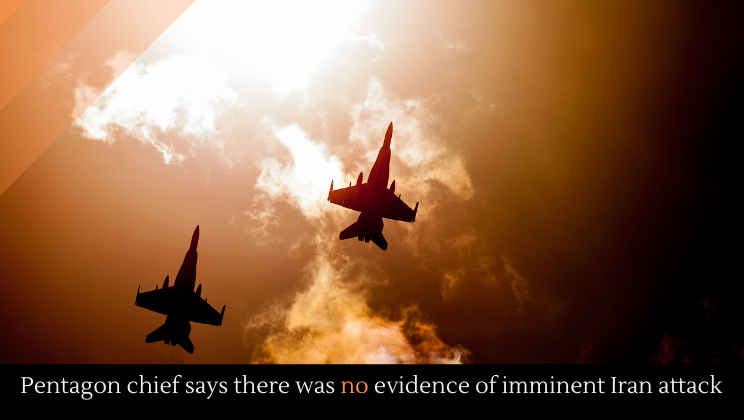 Donald Trump claimed that Iran was planning an attack on U.S. embassies, and so he ordered the attack on Qassem Soleimani. But U.S. Defense Secretary Mark Esper has admitted that there was no such evidence.

One of Iranian President Hassan Rouhani’s top advisors has made it clear that Iran has no problem with the American people or even the American government. The “sole problem,” he said, “is Trump.” His full tweet reads:

“We have ZERO problems with the American people. We even achieved deals with previous US administrations. Our sole problem is Trump. In the event of war, it is he who will bear full responsibility.”

Trump’s decision to kill an Iranian military leader shocked the Pentagon officials, who only pitched it to him to make the other options sound more reasonable.

Donald Trump also shocked Pentagon officials when announced that United States forces would withdraw from northeastern Syria in order to allow a Turkish offensive. His decision appears unilateral, and it stunned national security leaders––including his own team. One official, speaking anonymously, said that Trump got out-negotiated by Turkish dictator Recep Tayyip Erdogan. The National Security Council source said that Trump got “rolled.”