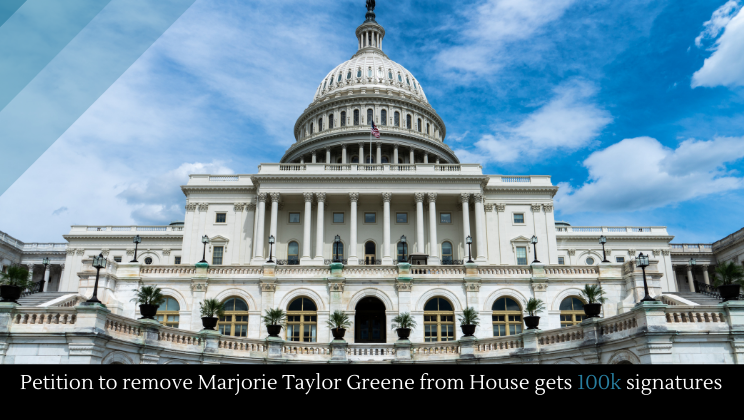 A petition to remove Marjorie Taylor Greene from the House of Representatives has garnered over 100,000 signatures after she compared wearing masks to the Holocaust.

The beleaguered Greene also defended Capitol rioters as the Republicans try to block an investigation into the riots. Her defense is very “on brand.” After the incredible negative backlash against the proposed “America First Caucus,” Marjorie Taylor Greene is trying to put as much distance between herself and the caucus as possible, basically denying she had any plans to launch anything.