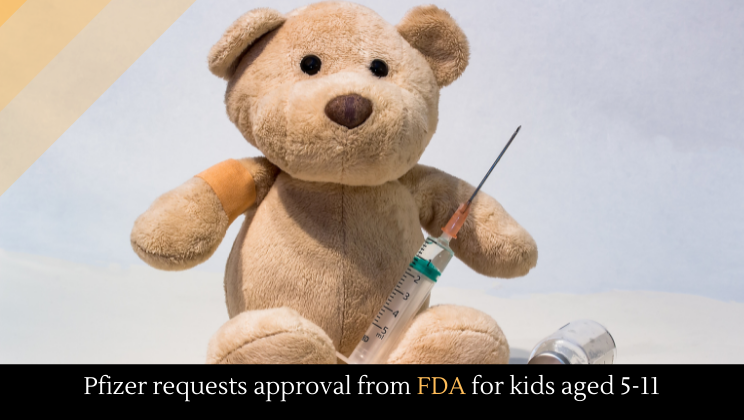 Pfizer has sent data tot he FDA in order to get approval for vaccines among children 5 to 11.

Last month, Pfizer and BioNTech announced that they were planning to ask regulators for approval to administer vaccines to children older than five. If granted, that should help reduce the risk COVID poses to school children.