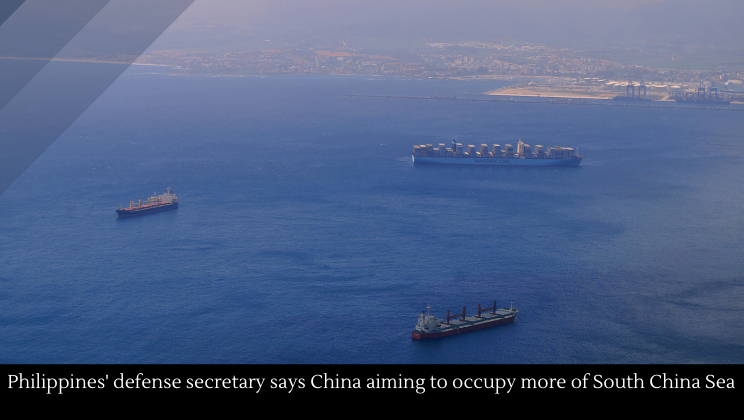 The Philippines’ defense secretary has said that China is aiming to occupy more of the South China Sea with its “fishing” vessels.