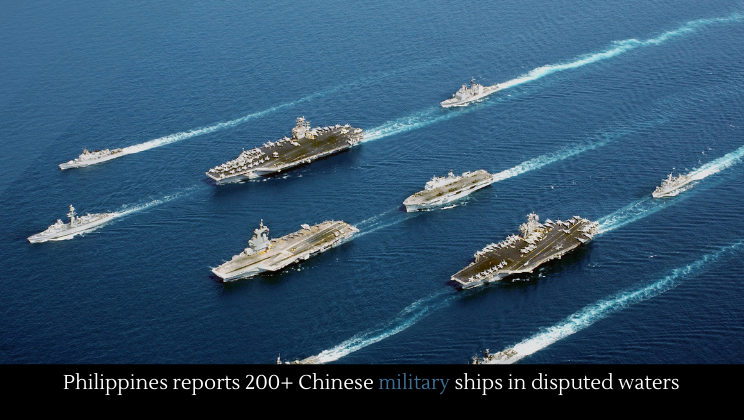 The Philippines has reported 220 Chinese military ships in the disputed South China Sea.