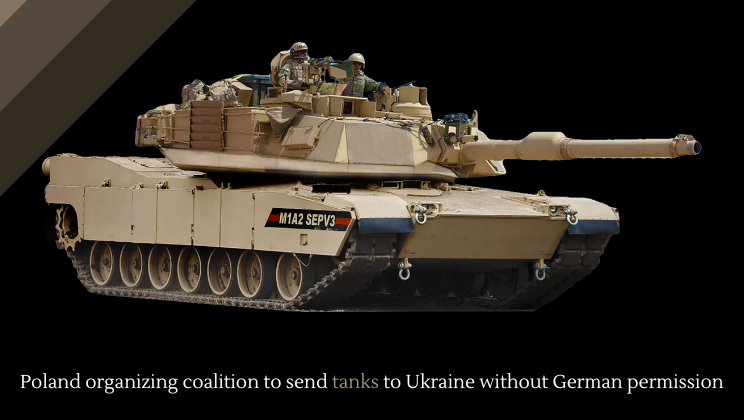 Poland is organizing a coalition to send German-made tanks to Ukraine with Germany’s permission.

A Russian official has warned that the west supplying Ukraine with weapons will lead to “terrible war.”

The US estimates that Russia las lost significantly more than 100,000 people. The Russian Defense Ministry building in Moscow has installed an air defense system. Putin has lashed out at Western nations for supplying Ukraine with arms.

European countries are set to send more tanks to help Ukraine. For example, Finland could deliver tanks to Ukraine, according to its president.