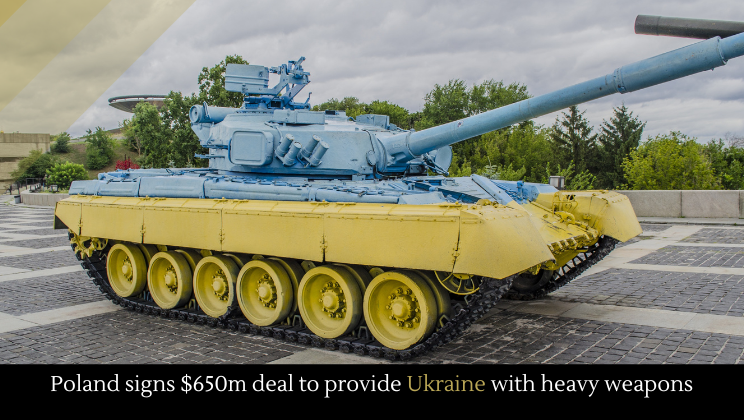 Poland has announced that it will sell $650m worth of heavy weapons, including self-propelled Howitzers, to Ukraine.