Polls say Sanders is best to beat Trump in Texas 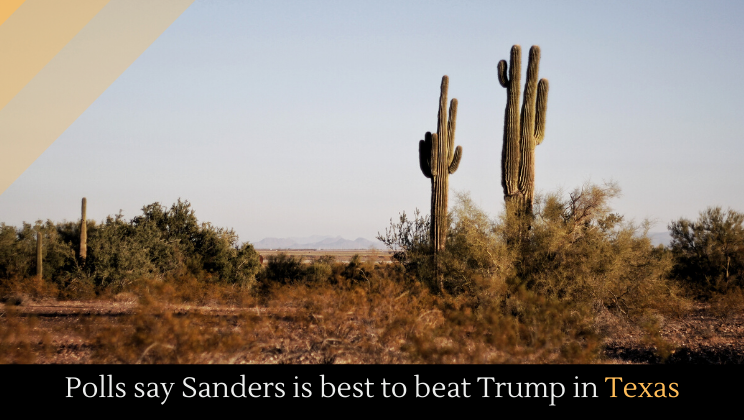 A new poll by Texas Lyceum pit different Democratic contenders against Donald Trump in a single battleground: Texas. According to that poll, the candidate with the best odds is Bernie Sanders. He got 47% of that hypothetical vote to Trump’s 50%. That’s within the poll’s margin of error.