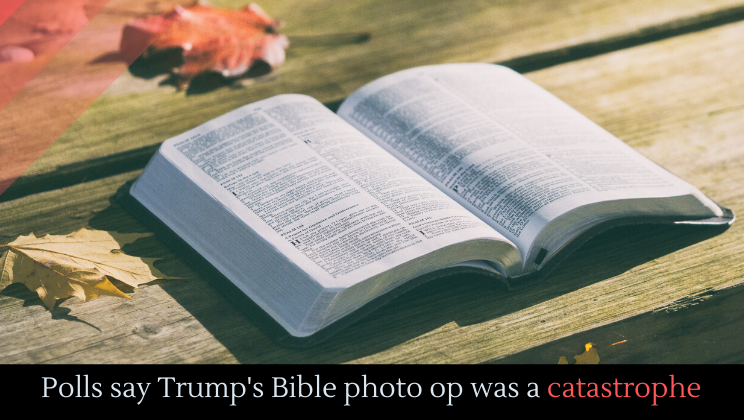 According to a Michigan pollster, Trump’s Bible photo op was a total catastrophe, leading to an immediate dip in his numbers. The now infamous (and embarrassing) Bible photo-op was an obvious attempt to pander to his religious base. Unfortunately, he’s off the mark. Only some 27% of Americans somewhat or strongly agree that Trump is religious. Meanwhile, 55% either somewhat or strongly disagree. Among evangelicals, less than half, 40%, see Trump as religious, while another 33% disagreed. That means Trump’s Bible gambit may go down in history as one of the stupidest moves in modern political history.