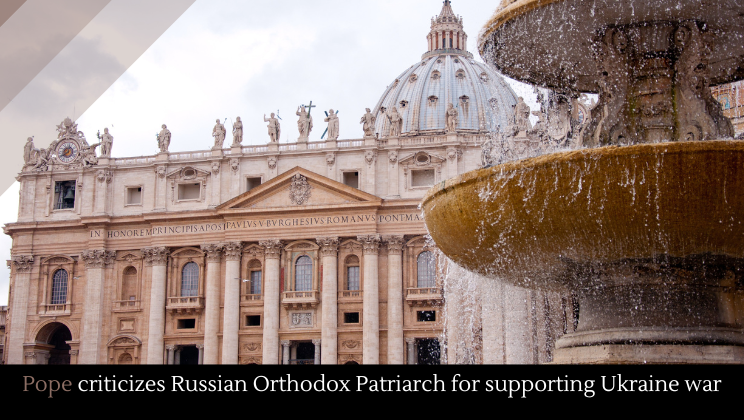 The Roman Catholic Pope has criticized the Patriarch of the Russian Orthodox Church (their equivalent of the Pope) for supporting the Ukrainian war.