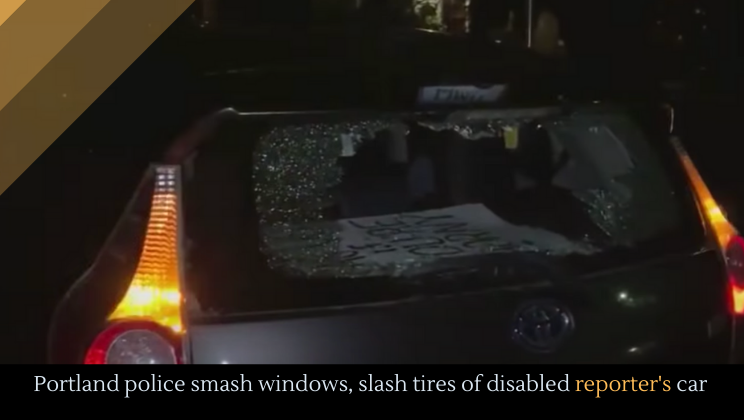 Portland police have smashed the windows and slashed the tires of a woman with a spine injury, even though the car was a Prius (not exactly a threatening car) with the words “Press” written on it in several places. The police claim the car posed a threat, as they were trying to clear the zone.

The protests in Portland, Oregon had been growing more peaceful when the federal agents left, justifying their claim that it was the police who were instigating the violence. Who knows what will happen after this latest event.

Portland has been protesting for more than 60 straight days after the death of George Floyd. While other cities’ protests have slowed down, Portland’s has gained steam, not only because their demands to defund the police have not yet been met, but also because the protestors fear that their First Amendment rights are being infringed upon. Cities around the nation have gathered in solidarity with Portland.