Postmaster General promises to “consider” criticisms of his leadership 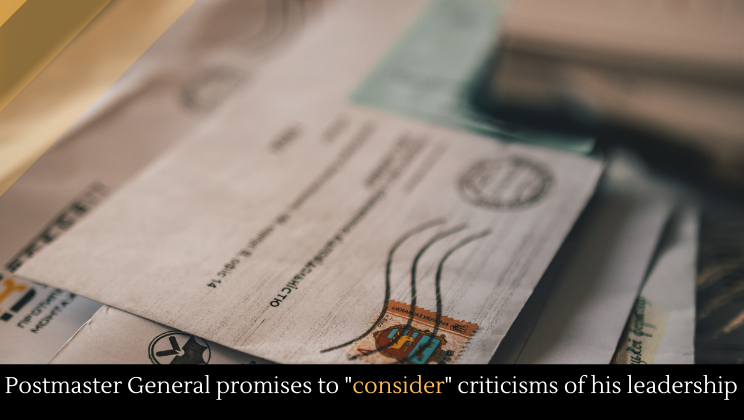 Embattled Postmaster General Louis DeJoy has vowed to “consider” criticism of his leadership of the USPS amid plummeting metrics for success.

Democrats are urging Joe Biden to clear out Trump’s picks from the United States Post office, especially Postmaster General Louis DeJoy. Since DeJoy was instated, he has worked to systematically dismantle the Post Office.

Despite multiple court orders, the Post Office did not do the slowdown measures instituted by Postmaster General DeJoy in the weeks before the election. As a result, a federal judge ordered the Post Office to restore all of their high-speed sorting machines.

But watchdog groups kept a close eye on the Post Office, and that seemed to help. After an incredible amount of backlash following their removal of mailboxes in Oregon, the USPS stopped removing mailboxes.