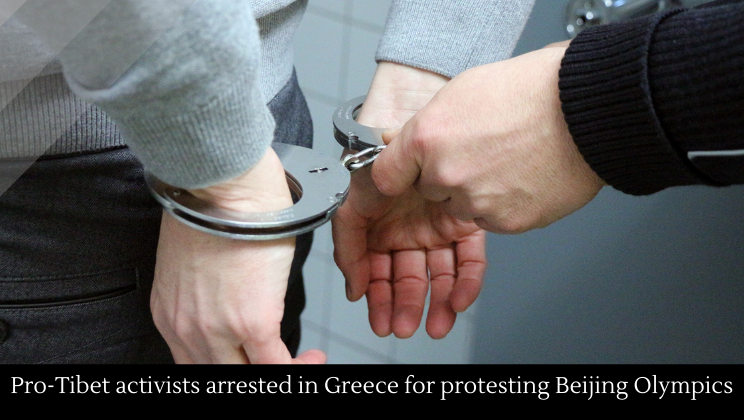 Three pro-Tibet protestors have been arrested in Greece for advocating a boycott of the Beijing Olympics.