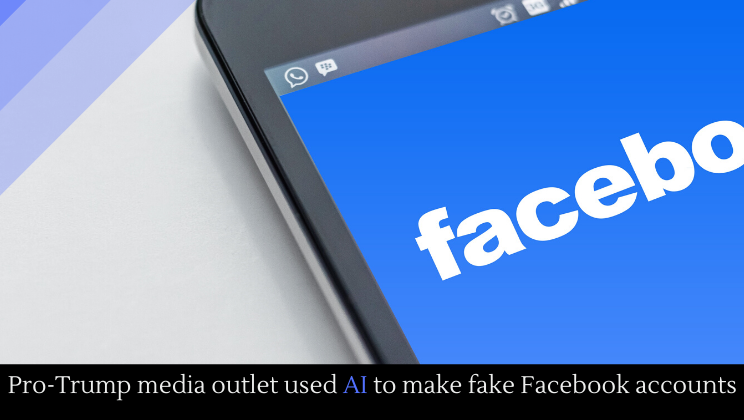 Epoch Times, a media outlet whose tagline is, ironically, “Truth and Tradition,” used artificial intelligence technology to get fake faces to apply to equally fake Facebook accounts. Why go through the trouble? To troll the internet in support of Donald Trump, because, you know, he’s so massively popular that he needs a bunch of fake support, too.

Donald Trump is, in this author’s extremely credible opinion (because this is the internet, so naturally if I’m writing on it I’m credible), the first president elected “by” the internet. Or, more specifically, by the internet’s ability to create borderline insane echo chambers that eventually make their way into the real world. Here’s how it works:

As an aside, I think 1-7 contributes to the increasing vitriol in (identity) politics, and the almost incredible speed of social change in the last decade––online conversations about these issues have inner accelerators that make them more extreme, and that’s tended to shift the offline conversation. I think JK Rowling’s recent tweet and the accompanying scandal is a good example of this. 10 years ago, someone saying biological sex is a fact would be among the most unremarkable things someone could say. Now, it means you hate a group of people. I’m not weighing in on the validity of either side of that question, just commenting on the speed of the change. Compare it to the gay rights movement, which took literal decades to make even minor progress.

Trump is another result of the inner accelerator, and that accelerator led “Epoch Times” to make fake Facebook accounts.