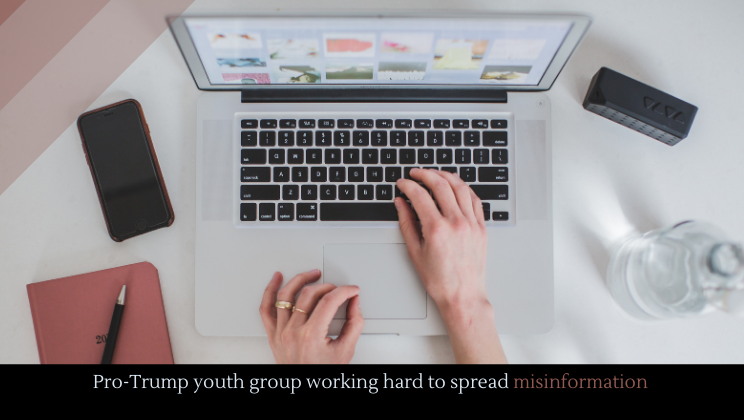 A broke, desperate Trump campaign is doing whatever it takes to win the 2020 election, even if they have to cheat to do it. The latest example of their unsavory tactics include the work of a pro-Trump youth group, which is recruiting young adults and teenagers (meaning minors) to spread disinformation on social media, much like Russia did in 2016.

Part of their desperation comes from the campaign’s financial trouble. Trump’s campaign manager recently took a 33% pay cut. Moreover, the campaign is pulling ads in key markets like Arizona, Michigan, and Pennsylvania.Trump’s campaign war chest for 2020 was a whopping $1.1 billion, but a New York Times investigation has revealed that it has already spent some $800 million. Or, more accurately, it has already squandered that money on Super Bowl ads to compete with Michael Bloomberg (remember that time Bloomberg wanted to be president) and D.C.-targeted ads that would stoke Trump’s ego. If it’s indeed the case that Trump 2020 is going broke, it means bad news for the campaign.

West’s allegedly Independent presidential run is also a pretty clear strategy to siphon off black voters from the Democratic party and help Donald Trump. That may sound crazy at first, but consider the fact that key Republican operatives are pushing Kanye to run and helping manage his campaign. At least 6 such operatives have been identified so far.He has admitted that his campaign will steal votes from Biden, though he denies to be a Trump supporter still.