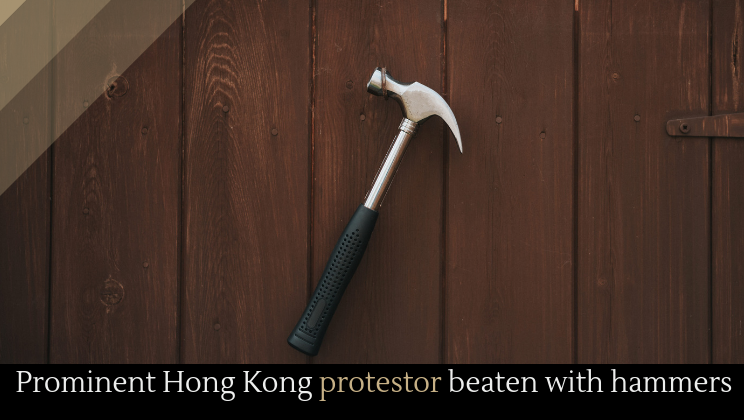 A prominent Hong Kong protestor, Jimmy Sham, has been attacked by men wielding hammers. There were four to five men, and it won’t be long before protestors start accusing the police or even Beijing authorities of instigating. Sham survived the attack and sought help at a hospital, though he was left quite bloodied.