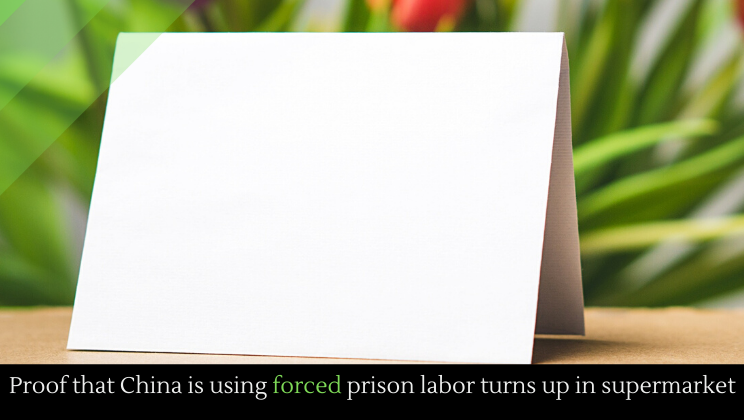 Tesco, a British supermarket chain, sells cards for charities. A six-year-old girl got one of those cards and saw a disturbing note: “We are foreign prisoners in Shanghai Qingpu prison China. Forced to work against our will. Please help us and notify human rights organisation.” It’s proof that China is, despite its assertions, using forced labor in prison camps.

China should not, of course, be trusted in its denials. It has claimed that all the Uighur Muslims and Kazakhs it has imprisoned in concentration camps have “graduated” and are happy. Family members of the detained, however, say that their relatives are still missing.

China is making this claim after massive outcries via new media. First, A teenage girl used the Chinese-owned app TikTok to denounce what she called another Holocaust, which the Chinese government is perpetrating against the Uighur people. The app banned her, but unbanned her after international outcry.