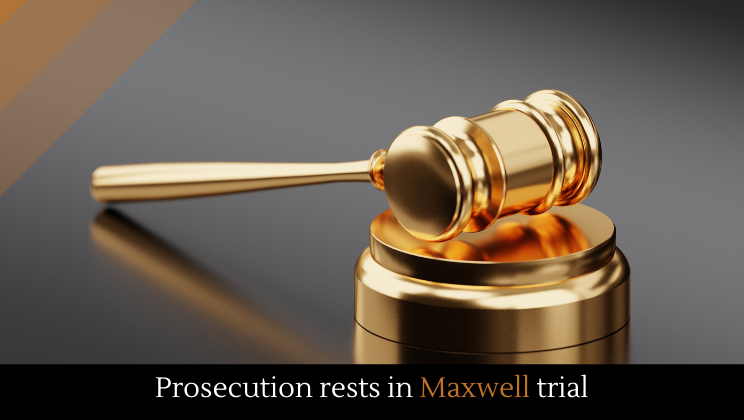 The prosecution in the Ghislaine Maxwell trial has rested their case after ten days. The case had several dramatic moments. According to one of Maxwell’s accusers, the socialite assessed her body for Jeffery Epstein at only 14.

Jeffery Epstein’s pilot named Prince Andrew as one of the high-profile passengers on Epstein’s private jet. One of Epstein’s victims said that she was forced to have sex with him at 14 years old, and Ghislaine Maxwell was in the room.

Maxwell’s family has appealed to the United Nations, citing “unprecedented discrimination” and accusing the US of pursuing revenge, not justice.

The jury selection process has begun in the Ghislaine Maxwell case, something that could take weeks given the woman’s infamy.

Ghisliane Maxwell’s trial finally begun after months of waiting. Just before the trial began, Maxwell was  denied bail for a fourth time. Maxwell’s third bail request was denied in June. The court also refused to hear her complaints of “horrific” jail conditions. Her lawyer therefore publicized Maxwell’s allegedly terrible conditions in jail: raw sewage, water deprivation, and “hyper-surveillance” by guards and other inmates.” Considering she is being charged with trafficking young girls for the infamous abuser Jeffery Epstein, few are losing sleep over her troubles.