Protests, riots in Wisconsin following the death of another unarmed black man 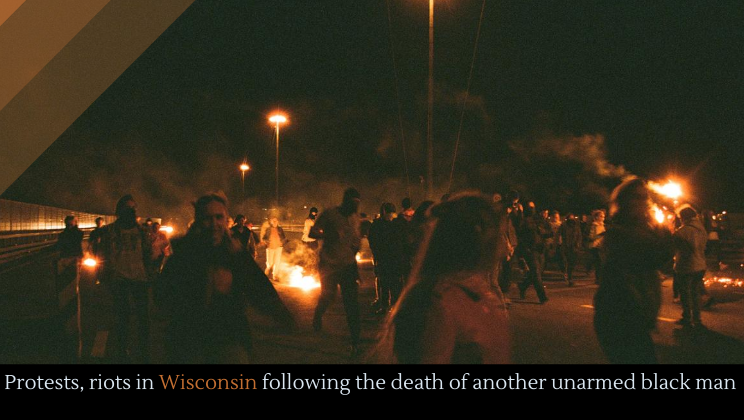 The family of Jacob Blake, who was shot multiple times in the back in Kenosha, Wisconsin, says that Blake is almost certainly going to be paralyzed. There have been multiple nights of protests in Kenosha since then. In fact, two died in a shooting in one of those protests. The shooting of Blake comes following a hard spring and summer of racial unrest, the result of multiple police shootings.

The New York Times has found over sixty videos showing police brutality against protestors, often unwarranted. The great irony of the nationwide protest over police brutality (specifically against the black community) is that it’s somehow inspiring the police to commit more violence. The LAPD is being sued for shooting a homeless, wheelchair-bound man in the face with rubber bullets (warning: the image is quite shocking). Denver Police, meanwhile, are coming under fire for shooting pepper balls (whatever that is) at a car (driven by a black man), despite his yelled warnings that his wife, inside the car, was pregnant. The list goes on and on––and activists are keeping track. Seriously, there’s a spreadsheet with over 500 examples (as of this writing) of instances of police brutality (some of which are international).