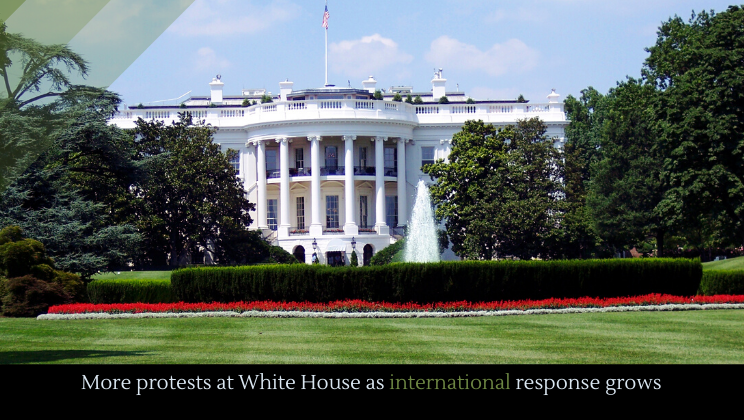 When Trump’s violent tweets came home to roost and protestors set fires near the White House, President Trump was rushed to safety in an underground bunkers. The lights to the White House even went off, unintentionally symbolizing the disappearance of American leadership. More protests followed.

Leaders from around the world have weighed in on Trump’s leadership. China goaded Trump over his inaction and failed leadership. Iran has also taken a swipe at the US, demanding it stop the violence against its own citizens. It took Justin Trudeau 21 seconds to think through his own response to the crisis in the US, which is Canadian for a string of swear words. In the end, he said, “We all watch in horror and consternation what’s going on in the United States.” British leaders are pressuring Boris Johnson to speak out about the protests in the United States.

It’s pretty clear by now that Trump hates bad publicity and losing face. That clearly explains why he’s threatening to call the military in if state governors don’t get things under control. Trump called the governors weak in a call, goading them on to further violence. And what’s more, he had peaceful protests outside the White House tear gassed so he could walk across the street and take a picture in front of a church. Talk about pandering, good Lord.