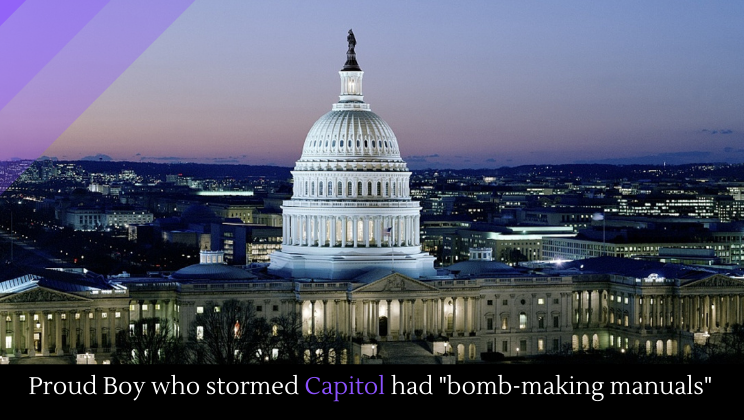 A Proud Boy who stormed the U.S. Capitol had bomb-making materials at his home.

Perhaps unrelated, but definitely eyebrow-raising: The pipe bombs found at the Capitol were placed the day before, the FBI said, raising questions about how far in advance the January 6 insurrection was planned.