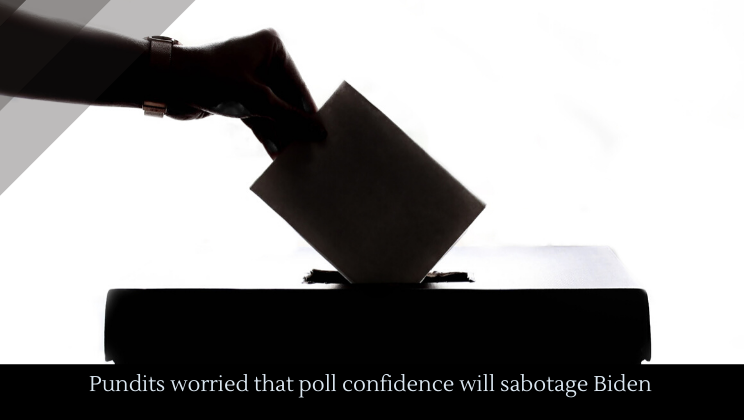 Trump seems to be against the ropes, and some are starting worry about how he might react if his poll numbers keep dropping.  Some critics thing Trump is preemptively blaming foreign countries for his 2020 loss. He’s also going nuts about voting by mail, because he says it will lead to fraud, but really he know it means he will lose. Other observers––Republican operatives––think Trump might just quit rather than lose, which would effective screw the GOP.

His much-hyped return rally in Tulsa was, in short, a big ol’ dud. The venue could hold nearly 20,000 people, but only about 6,00 showed up. Trump was allegedly furious about the poor turnout. Trump’s campaign tried to spin the poor attendance, but even Fox News didn’t buy it. The mayor of Atlanta called the event an embarrassment.

Overconfidence in Biden’s polling numbers exacerbates all of those problems by lulling voters into a false sense of security.