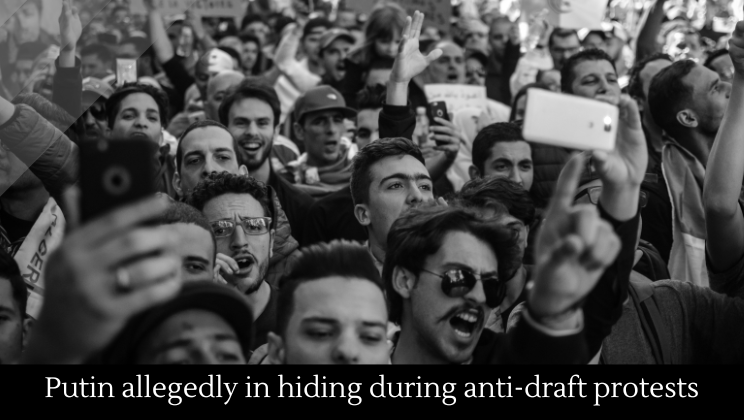 Vladimir Putin is allegedly in hiding as anti-draft protests erupt around Russia.

More than 1,300 civilians have been arrested for protesting Putin’s conscription of civilians.