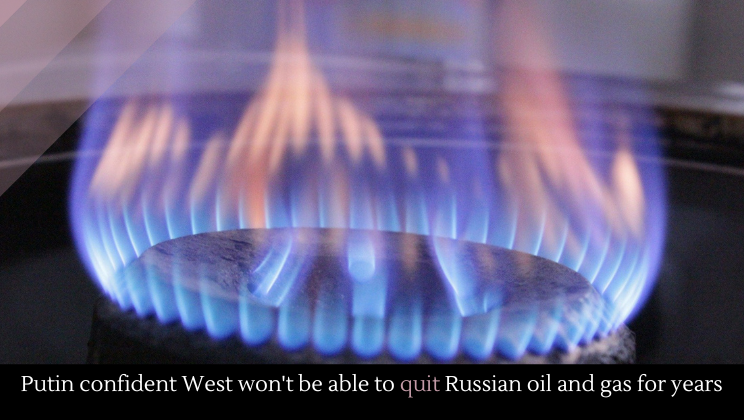 Putin is confident that the West won’t be able to cut itself off of Russian oil and gas for several years.