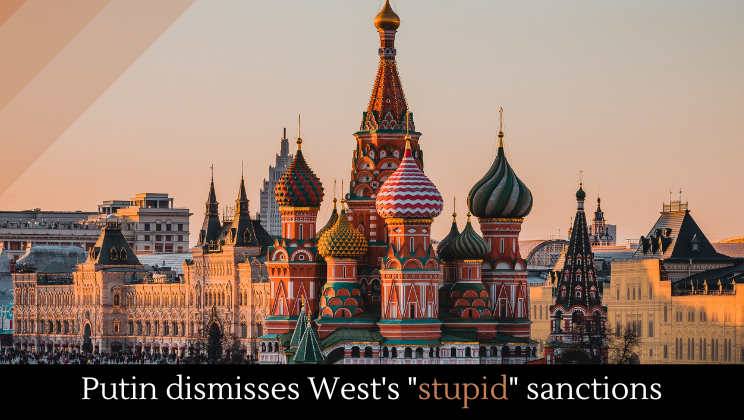 Putin has dismissed the West’s sanctions as “stupid.”