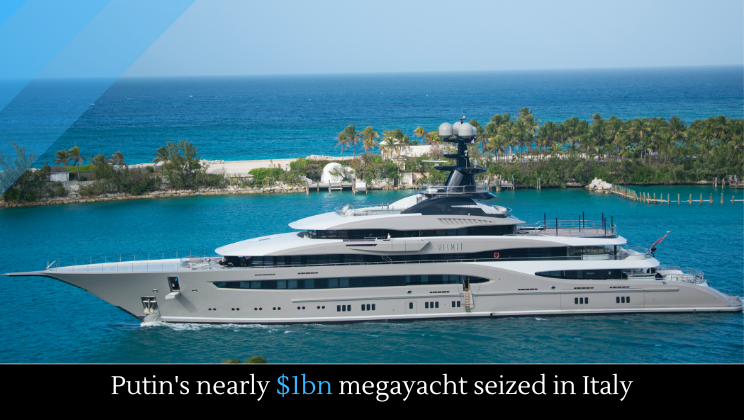 Vladimir Putin’s $989 million megayacht has been seized in Italy.

In terms of such seizures, Chuck Schumer said that the United States will sell seized Russian oligarch’s assets to benefit the Ukrainian war effort.