Q supporters ready for a deadly coup to reinstall Trump 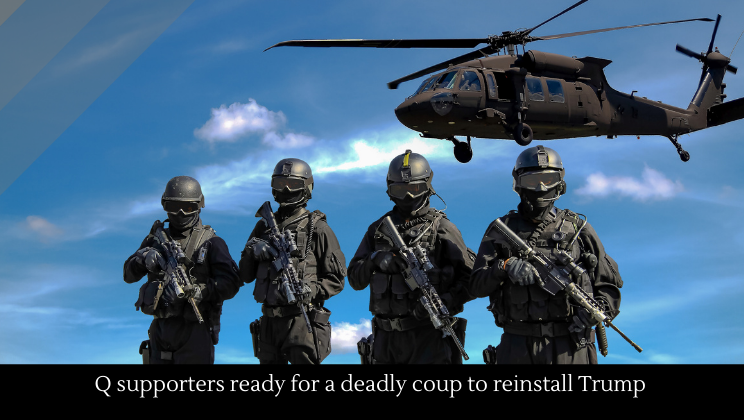 Many QAnon followers are convinced that Donald Trump will be installed as president sometime this week in a bloody military coup––and they’re totally on board with it.