QAnon is merging with evangelicalism, making a dangerous mix 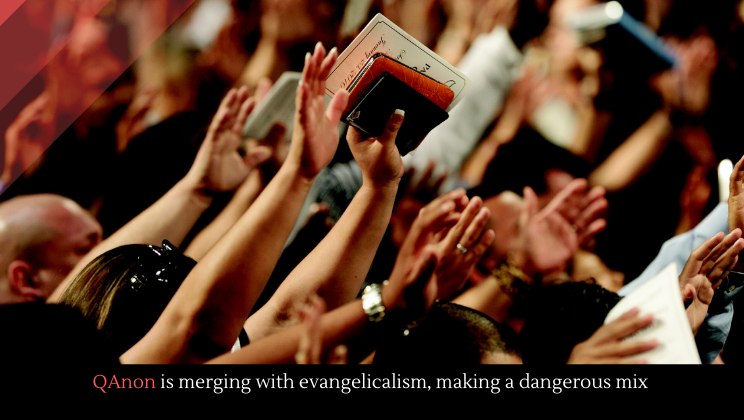 Certain segments of the QAnon community are merging with some evangelical communities, creating a dangerous mix that some experts compare to ISIS.

The QAnon conspiracy theory also seems to be working its way ever deeper into the Republican Party. At CPAC, for example, multiple Q supporters spoke from the stage, and one even supported the theory from it. Meanwhile, a former QAnon supporter has called the movement a terrorist group.