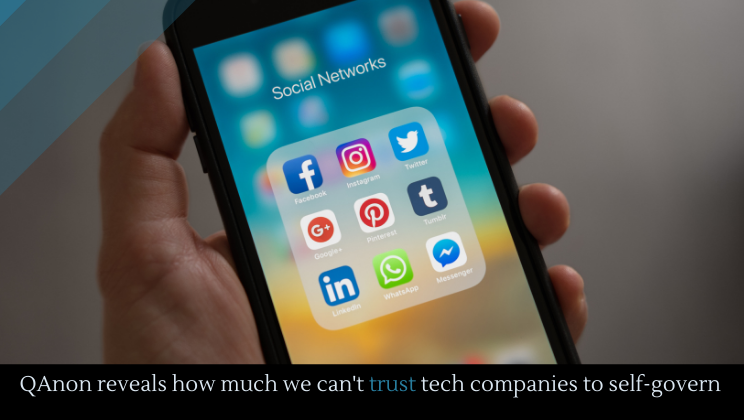 The success of the QAnon conspiracy theory forces us, as a society, to confront our relationship with big tech companies. Since their inception, sites like Facebook, Twitter, Amazon, and Etsy have made incredible amounts of money while taking zero responsibility for anything they host. By presenting themselves as simply a “marketplace,” they can plead innocence for whatever appears on their sites. And we’ve allowed that, partly because we’ve benefitted it from it. But now it’s time to reconsider or stance. QAnon shows us what kind of dangers accompany unregulated tech “market places.”

With Trump defeated, the are huge questions about what will happen to QAnon believers, the most rabid of his entire base. Some are left isolated from their families, and have to face the hard choice of returning to the fold and hearing the endless “I told you so” chorus. Others are doubling down, and they could get dangerous like the two armed Virginians were arrested in Philadelphia for trying to deliver fake ballots. They had QAnon paraphernalia in their car.