The QAnon Shaman must remain in jail, says judge 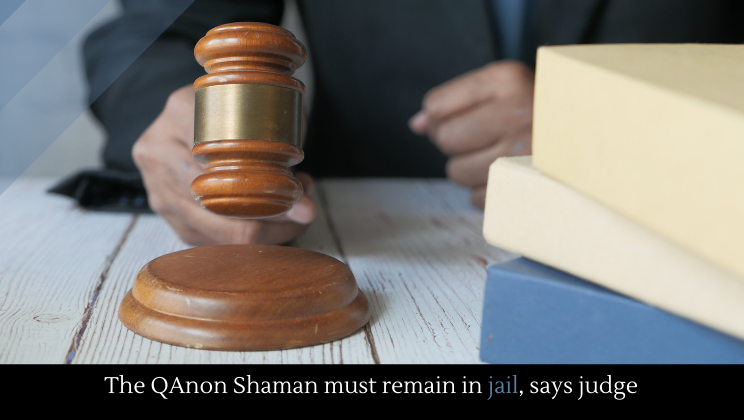 The infamous QAnon Shaman has claimed, through his lawyer, that he was “groomed” by Trump’s “public propaganda.” The claim came as part of his bid to get out of jail. Unfortunately for him, it didn’t work: a judge ruled he is too dangerous to be let out of jail.