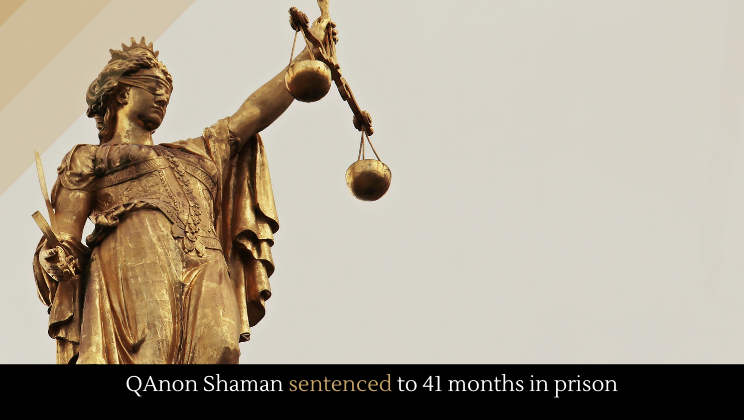 Jacob Chansley, better known as the QAnon Shaman, has been sentenced to 41 months in prison for his role in the Capitol riot.

The Justice Department sought a prison sentence of more than four years for the QAnon Shaman in order to set an example for future would-be insurgents.